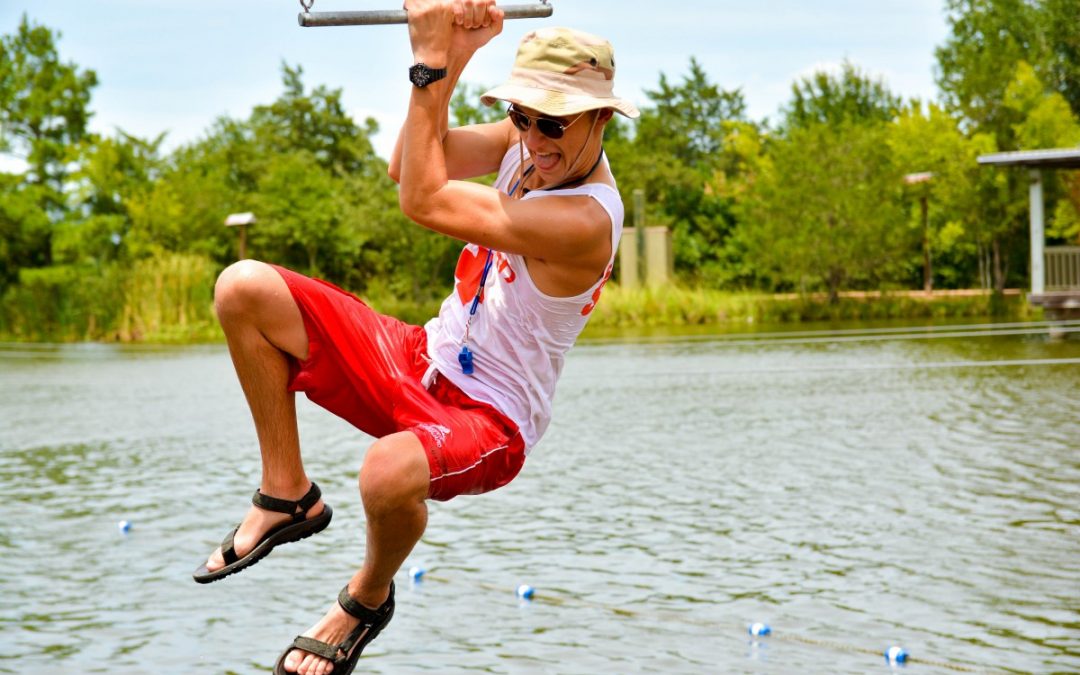 These are all phrases to describe Ian. Ian first came to Tejas on a retreat when he was about 12 years old, and, after years had passed, he found himself on the hunt for a job the summer before his junior year of high school.

Not wanting to work in a mundane grocery store setting, he applied to a Tejas summer staff position.

Ian hadn’t been to Tejas since his 6th grade retreat, but arrived on camp for an interview.

After hearing the exciting news that he was offered a position on the Tejas summer staff team, Ian accepted, eager to begin a summer full of lifeguarding for swimmers at lake, running lanes and ladders for the crowd of zipliners patiently waiting their turn, serving meals to hungry campers in the dining hall, and more.

It was at Tejas where Ian learned firsthand about selfless service.

“Because of Tejas, I am more confident in my faith.”

Ian, a reserved and non-transparent person for so long, also began to open up about his faith with the other summer staffers.

What stood out to Ian were the older guys that he was living and working alongside who not only asked him how he was doing, but who also truly cared to listen to his response. Transparency didn’t happen overnight for Ian, but he processed through, working diligently to become a more vulnerable person and a better version of himself.

One of the biggest reasons Ian enjoyed his time at Tejas was through his experiences with his co-workers.

“I get to have people steering me in the right direction all the time …it’s just so awesome to be a part of.”

When asked to summarize his Tejas experience into one word or phrase, Ian said, “Honestly, I don’t mean to be cliche, but: More Than Tejas.”

Ian began his summer job search seeking a more exciting job than a grocery store, and ended up with a position working as a part of the Tejas team. Ian recognized that “It’s not just working at Tejas. You’re a part of something bigger. Your work there matters…growing closer to everyone around you, building each other up and furthering of the Kingdom.”

“I’m a staff member? No! You’re furthering the Kingdom of God by giving campers a safe environment and filling up your fellow co-workers.”

Ian is eager to return to Tejas for the summer of 2018 to continue learning about the Lord, serving others, and growing in fellowship and community. We are so grateful for Ian’s hard work as a summer staff team member, and his commitment to the mission and ministry of Tejas!